Tigran Pashabezyan: “Armenia’s tasks yesterday and today: defense of the country and protection of rights”, May 19. 2021 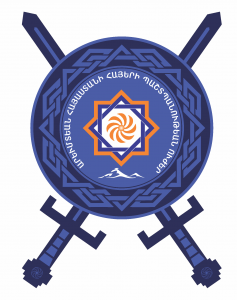 On the air of the “Discussion” program on the TV channel of the “Noyan Tapan” media holding on May 18, 2021, the hero of the Artsakh liberation war, the chairman of the military-patriotic organization “Armenian National Army” (ANA), the commander of the volunteer squad Aram Torgomyan (Aramo) highlighted those issues, which directly relate to overcoming the threats and challenges facing the Armenian people since February 1988, namely, the solution of issues of national protection and protection of rights.

Azerbaijan proposes delimitation and demarcation of border with Armenia?

However, the only legal document on the border between Azerbaijan and Armenia is the Proposal Report of the Special Commission of the Paris Peace Conference of February 24, 1920, which was signed by the plenipotentiary representatives of the member states of the Council of the League of Nations – France, Great Britain, Italy and Japan.

Turkey offers Armenia to recognize the existing border between Turkey and Armenia?

International players and co-chairs of the OSCE Minsk Group suggest finding a political solution to the Artsakh problem?

However, political and legal solutions to the aforementioned problems were made back in 1920 as part of the settlement of the Armenian Cause, and if these decisions are ignored, then the peoples and states of the region are exposed to new challenges and threats that we witnessed in September 2020: aggression, war and genocide against Artsakh – crimes committed by Turks, Azerbaijanis, mercenary terrorists and a much wider coalition.

Taking into account the need to confront the current challenges and threats, we consider it quite appropriate and acceptable the recent call of Aram Torgomyan to all Armenians to unite in a militia, and therefore: the Republic of Western Armenia (Armenia) is determined to defend the rights of the Armenian people and, accordingly, calls on the citizens of Western Armenia to defend the Republic Artsakh and the Republic of Armenia, and instructs the territorial defense forces of the Armenians of Western Armenia, based on their statutory provisions, to join the military-patriotic formation :Army of the People’s Militia of Armenia, Alliance of the United Forces”.

Unfortunately, the challenges and threats against Armenia have remained the same, moreover, the scenario of the recent Artsakh war and the forcedly imposed results indicate that this was undertaken to weaken Armenia’s positions in the negotiations.

That is, the tasks of Armenia yesterday and today not only did not change, but became even more complicated. Therefore, the demand not met yesterday must be met today, and in short, we must quickly and competently prepare for a comprehensive all-national defense and protection of the rights of the Armenian people.

In the modern world, this is the only way to ensure the right of the Armenian people to existence, development and future.

Prime Minister of the Republic of Western Armenia (Armenia)