Statement by the Foreign Ministry of the Republic of Artsakh on the Occasion of the May Triple Holiday, 05.09.2021

Resolution of the House of Representatives № 244 “IN BEHALF OF THE ARMENIANS”, March 7, 1922 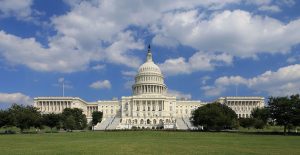 Whereas the Armenians and other Christian peoples of Turkey continue in their evil plight and the refugees are unable to return to their homes; and

Whereas the evacuation of Cilicia, already, begun, has brought calamity to the Christian population there; and

Whereas the humanitarian sentiment of the people of the United States is strongly enlisted in behalf of these Christian populations, for whom American relief has been generously given:

Therefore, be it Resolved,

That the President be requested to express to the de facto Government at Angora the moral protest of the United States against the persecution of the Armenians and other Christian peoples; and be it further Resolved,

That the President be requested, if not incompatible with public interest, to take up with Great Britain, France, and Italy the question of calling a conference for the purpose of considering methods by which the Armenians may be given an opportunity to establish themselves as a nation.

* The word nation in the Hearings and in the text of the Resolution means the state. Just as the United Nations means – countries that are members of the UN.