Recognition of inalienable right to self-determination is only way to end Azerbaijan-Karabakh conflict. Artsakh Foreign Ministry. The Ministry of Foreign Affairs of Artsakh released a statement on the occasion of the 30th anniversary of the independence referendum. December 10, 2021 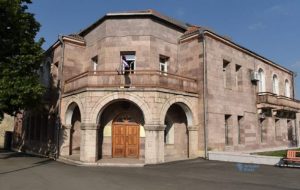 STEPANAKERT, DECEMBER 10, ARTSAKHPRESS:  “30 years ago, on December 10, 1991, a nationwide referendum on the political future of Artsakh was held in the Republic of Artsakh (Nagorno Karabagh Republic), as a result of which the overwhelming majority of the voters (99.89%) voted for independence,” the foreign ministry said in a statement.

“The referendum was held in full compliance with the then-national legislation in force, democratic procedures and norms of international law. All the necessary conditions were created for holding a referendum on the entire territory of the Republic. Eighty two percent of the citizens eligible to vote took part in the voting.

The preparation and holding of the referendum took place against the background of a purposefully pursued policy of Azerbaijan to escalate tensions, which became explosive and subsequently turned into a full-scale war against Artsakh and its people.

The referendum on independence in Artsakh was another attempt by the Artsakh side to prevent the impending war and to transfer the resolution of the Azerbaijan-Karabagh conflict to the legal and political plane. However, Azerbaijan ignored the steps taken by Artsakh to resolve the conflict by peaceful and democratic means and on the election day subjected Stepanakert, the capital of the Republic, tօ massive artillery shelling, as a result of which dozens of civilians were killed and injured.

The people of Artsakh have repeatedly reaffirmed their determination to strengthen and develop the sovereign statehood at subsequent constitutional referenda. On December 10, 2006, the first Constitution of the country was adopted in Artsakh at a national referendum. On February 20, 2017, the people of Artsakh voted for the new Constitution at a regular referendum, thus confirming their previous decisions and will, to continue the path of building an independent state.

Unfortunately, the expressions of the will of the people of Artsakh and their democratic aspirations became a missed opportunity for the international community, which, if recognized, could have prevented the wars unleashed by Azerbaijan against our country and saved thousands of innocent lives.

Azerbaijan was the initiator of three wars unleashed with the aim of destroying Artsakh in 1991-94, 2016 and 2020. In the interwar years it deliberately and consistently undermined the peacekeeping efforts of international mediators by taking an extremely uncompromising and destructive position on all issues during the negotiations. The continuation of this aggressive policy has been Baku’s refusal to conduct substantive negotiations after the 44-day war in 2020 in order to exclude the possibility of achieving a comprehensive settlement of the conflict. The evolution of the proposals of the international mediators demonstrates their understanding of the impossibility of Artsakh’s being part of Azerbaijan and recognition of the key role of the people of Artsakh in determining their political status. In particular, by refusing to negotiate, Baku, contrary to the efforts and proposals of the OSCE Minsk Group Co-Chairs, is trying to impose the results of the illegal use of force as a fait accompli.

We emphasize once again that recognition of the inalienable right to self-determination realized by the people of Artsakh is the only way to put an end to the Azerbaijan-Karabagh conflict and to create conditions for eliminating its consequences, including liberation of all the occupied territories, and finding a long-term, fair and sustainable solution to the problem of refugees and other remaining issues.

The referendum on independence is a solid legal basis for the statehood of Artsakh, created with the aim of saving the people of Artsakh from the threat of complete annihilation, which emanated and continues to emanate from the militant policy of Azerbaijan, where the hatred against Armenians and genocidal ideology are the basis of state-building.

Strengthening the state of Artsakh and achieving its international recognition are an absolute priority for the authorities and people of Artsakh, since having a national state with a status of an international legal subject is the key condition and means of preserving and developing the people. The struggle of the people of Artsakh for their independent statehood is a struggle for freedom, fundamental rights and peace, as well as a safe and dignified future.”