US Senator Menendez: Azerbaijanis interfering on physical territory of Armenia, 21.07.2021

Erdogan’s Huge Mosque Near Washington is a Trojan Horse for Turkey’s Interests, August 4, 2021, 12:15 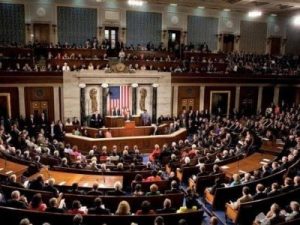 The Pallone Amendment to the FY2022 foreign aid bill (H.R.4373) states, “None of the funds appropriated or otherwise made available by this Act [H.R.4373] under ‘International Military Education and Training’ and ‘Foreign Military Financing Program’ may be made available for Azerbaijan.”

The provision does not block discretionary military equipment which may be transferred by the Department of Defense under U.S. laws Section 333.

— Amid so many pressing needs here at home, why would Congress send U.S. tax dollars to subsidize the oil-rich, anti-Armenian regime of Azerbaijani dictator Ilham Aliyev?

— In the wake of Azerbaijan’s ethnic cleansing of 100,000+ indigenous Armenians from Artsakh (Nagorno Karabakh) – and amid Azerbaijan’s invasion and occupation of Armenian territory – the U.S. should be sending a single U.S. tax-dollar to the oil-rich Aliyev regime.

— The more than $120,000,000 in military aid the U.S. has recklessly provided Azerbaijan has emboldened the tyrannical regime in Baku, materially empowering their ethnic-cleansing on Artsakh last September and encouraging Baku to continue invading and occupying Armenian land today.

— Now, more than ever, the Congress must act in a bipartisan manner to maintain the spirit and the letter of Section 907 of the Freedom Support Act, a longstanding provision of law aimed at holding Azerbaijan accountable for its relentless aggression against Armenians.

— Sending U.S. military aid to human rights abusers like Azerbaijan not only recklessly enables Baku’s aggression, it undermines the Administration’s commitment to human rights as a core tenet of our foreign policy.

— The cost of green-lighting military aid to Azerbaijan extends well beyond the South Caucasus. Abetting one of the world’s most authoritarian regimes during a regional humanitarian and security crisis signals that the U.S. is willing to abandon our values for the sake of oil interests.

— Recognition of the Armenian Genocide by the United States entails responsibility, including refusal to send weapons or aid to states – such as Azerbaijan – who openly try to complete this crime.