European Parliament urges Turkey to refrain from anti-Armenian propaganda and hate speech, 19 May, 2021 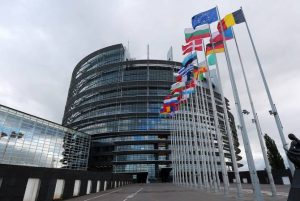 YEREVAN, MAY 19, ARMENPRESS. The European Parliament confirmed a resolution-report on Turkey a while ago, where the institution reaffirms its call for recognizing the Armenian Genocide. The resolution also urges Turkey to refrain from anti-Armenian propaganda and hate speech, ARMENPRESS was informed from the Armenian Embassy in Belgium.

The reports also makes a number of references to the negative role of Turkey in Nagorno Karabakh conflict.

The fact that Turkey sent Syrian and other mercenaries to Nagorno Karabakh, which has been confirmed by the OSCE Minsk Group Co-chair countries is condemned.

The report once again calls on Turkey to refrain from any action or rhetoric that can further escalate the situation in the South Caucasus.

In addition, the reports calls on the EU and EU member states to think about including ”Grey wolves” extremist movement in the EU list of terrorist organization and ban the activities of its branches in the EU member states, as well as to attentively monitor their activities and countermeasure their possible actions which are mainly a threat for the citizens of Armenian, Kurdish or Greek origin.