USA President Woodrow Wilson’s Acceptance To The President Of The Supreme Council Of The Allied Powers, November 22, 1920 (Excerpt from the letter) 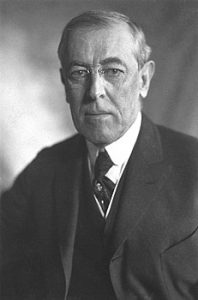 By action of the Supreme Council taken on April 26th of this year an invitation was tendered to me to arbitrate the question of the boundaries between Turkey and the new state of Armenia. Representatives of the powers signatory on August 10th of this year to the Treaty of Sevres have acquiesced in conferring this honor upon me and have signified their intention of accepting the frontiers which are to be determined by my decision, as well as any stipulation which I may prescribe as to access for Armenia to the sea and any arrangement for the demilitarization of Turkish territory lying along the frontier thus established.

The limitation of the arbitral assignment to the four vilayets named in Article 89 of the Treaty made it seem a duty and an obligation that as large an area within these vilayets be granted to the Armenian state as could be done, while meeting the basic requirements of an adequate natural frontier and of geographic and economic unity for the new state. It was essential to keep in mind that the new state of Armenia, including as it will a large section of the former Armenian provinces of Transcaucasian Russia, will at the outset have a population about equally divided between Muslem and Christian elements and of diverse racial and tribal relationship.

I have the honor to submit herewith the text of my decision.