On the occasion of the 100th anniversary of the signing of the Treaty of Sevres, August 10, 2020 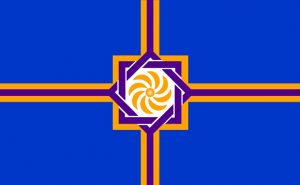 The Sevres Peace Treaty is one of the treaties of the Versailles-Washington system, signed on the one hand by the allied states, and on the other: Germany (Versailles, 1919), Austria (Saint-Germain, 1919), Bulgaria (Neuilly-sur-Seine, 1919), Hungary (Trianon, 1920) and the Ottoman Empire (Sevres, 1920).

As well as the question that the Treaty of Sevres actually fixes all decisions adopted in advance at the Paris Peace Conference on Armenia and the principles for their implementation. Including recognition of the independence of Armenia de facto January 19, 1920 (2) and de jure May 11, 1920 (3), the principle of demarcation of the border between Armenia and the Republic of Azerbaijan dated February 24, 1920 (4), the award of arbitration on the border between Armenia and Turkey of November 22, 1920 (5) and other decisions.

Article 88 of the Treaty deals with the recognition of the independence of Armenia: “Turkey declares that it recognizes Armenia, as the Allied Powers have already done, as a free and independent State”․

Recall that in response to the demands of the united Armenian delegation, the Supreme Council of the Allies on January 19, 1920 adopted the following decision and, thereby, de facto recognized the Armenian state:

Article 89 is dedicated to the Arbitral Award of US President Woodrow Wilson: “Turkey and Armenia, as well as other High Contracting Parties, agree to submit to the arbitral award of the President of the United States of America the efinition of the border between Turkey and Armenia in the vilayets of Erzurum, Trebizond, Van and Bitlis and make its decision, as well as any measures that he can prescribe regarding the access of Armenia to the sea and the demilitarization of any Ottoman territory adjacent to the said border”․

The full name of the Arbitral Award of the 28th US President Woodrow Wilson, issued on November 22, 1920: “Decision of the President of the United States of America Woodrow Wilson on the establishment of the state border between Turkey and Armenia, on the withdrawal of the borders of Armenia from the sea and on the demilitarization of the Turkish territories adjacent to the Armenian border”․

Article 90 of the award of President Wilson concerns the issue of demilitarization of the region itself and the territories adjacent to it: “If the establishment of a border by virtue of Article 89 entails the transfer to Armenia of all or part of the territory of these vilayets, Turkey now declares that it refuses from the day decisions from any rights and legal justifications to the transferred territory. The provisions of this Agreement applicable to territories separated from Turkey will from this moment also apply to this territory”․

Let us pay attention to the last part of the name of the Arbitral award: “… and the demilitarization of Turkish territories adjacent to the Armenian border”.

Article 91 provides for the practical application of the Wilson Arbitration Award, and also sets out the issue of local border demarcation in accordance with the Arbitration Award: “If part of the territory specified in Article 89 is transferred to Armenia, then a Border Commission, which will be established later, will be formed within three months after the decision provided for in the mentioned article, in the form of drawing the border between Armenia and Turkey at the place of the border, which it will be according to the mentioned decision”.

After the decision provided for in Article 89 is reached, and if the concerned States, by common agreement, are unable to determine their borders, the latter will be determined by the Principal Allied Powers, which at the same time will have to attend to the application of it to place”.

This article reinforces the “Proposal Report on the Determination of the Borders of Armenia”, presented on February 24, 1920 at the Paris Peace Conference by the Special Commission on the Determination of the Borders of Armenia, which clearly defines the principles of delimitation: “As regards the border of the state of Armenia with Georgia, as well as with Azerbaijan, the Commission finds that it is currently preferable to expect the results of clarification of the mentioned borders, which the three republics themselves have reached in the treaties. In the event that these republics do not come to any agreement on their borders, this issue should be referred to the arbitration of the League of Nations, which will create an Inter-Allied Commission to determine the above-mentioned borders on the spot – taking into account, as a principle, ethnographic data”.

Article 93 deals with issues of the rights and transit of minorities in Armenia: “Armenia accepts, agreeing to include them in the Treaty with the Principal Allied Powers, decisions that these Powers consider necessary to protect in Armenia the interests of residents who differ from the majority of the population by race, language or religion. Armenia also agrees to the inclusion in the Treaty with the Principal Allied Powers of resolutions that these Powers deem necessary to protect freedom of transit and a fair regime for the trade of other nations”․

In these articles of the Sevres Peace Treaty, as already noted, all decisions adopted in relation to Armenia during 1919-1920 are fixed and practical principles and mechanisms for their implementation are enshrined.

The Treaty of Sèvres in Kurdistan contains three articles: 62, 63, 64. They relate to the autonomy of Kurdistan and the possibility of further independence (in accordance with the provisions of these articles). The boundaries of autonomy are described in detail, which in the north-west reach the borders of Armenia, provided for by the Arbitration decision.

From the above facts, it becomes obvious that all the allegations that “the Treaty of Sevres has not been ratified, therefore, it is not a valid document” etc., do not correspond to reality for several reasons:

Articles of the Treaty of Sevres were mainly implemented.

The exceptions are articles relating to Armenia and Kurdistan, which should also be implemented, implemented.

Therefore, our frequent assertion is true that without the implementation of the articles of the Sevres Peace Treaty regarding Armenia and Kurdistan in the Middle East, it is impossible to establish a just, lasting and lasting peace for all peoples and states of the region․ (6)

Chairman of the National Assembly (Parliament) of Western Armenia