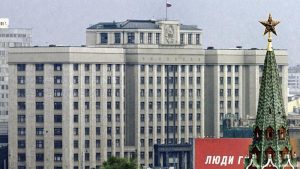 The State Duma of the Federal Assembly of the Russian Federation, based on irrefutable historical facts testifying to the extermination of Аrmenians in Western Armenia in 1915-1922, following the spirit and letter of the Convention on the Prevention and Punishment of the Crime of Genocide adopted by the United Nations (December 9, 1948 .) and the Convention on the Non-Applicability of Statutory Limitations to War Crimes and Crimes against Humanity (November 26, 1968), striving to revive the humanistic traditions of the Russian state, recalling that at the initiative of Russia, the great European powers in 1915 qualified the actions of the Turkish Empire against the Armenian people as a “crime against humanity”, noting that the physical destruction of the fraternal armenian people in their historical homeland was carried out in order to create conditions for destruction Russia, condemns the organizers of the extermination of armenians in 1915 – 1922, expresses its sympathy for the armenian people and considers April 24 as a day of remembrance for the victims of the genocide. (Collection of the legislation of the Russian Federation. M., 1995. No. 17. P. 1497; Bulletin of the Federal Assembly of the Russian Federation. M., 1995. No. 14. P. 1024. See more at: