The crimes committed by the successive governments of the Republic of Azerbaijan against the Armenian people, against humanity and civilization, over the past 100 years

The Armenian people does not have any other place for retreat, except his homeland… 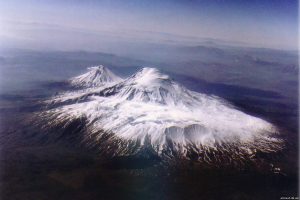 (translation from Armenian by “Miaban”)

This is an article, printed in Armenian in «The Testament of Ararat» («Ուխտ Արարատի») in 2012.

Today, Armenia and Armenian people clash closely, face to face with the problems and threats that we wrote about in the editorial section of the «The Testament of Ararat» («Ուխտ Արարատի») edition, starting in 2005. We wrote, warned and tried to develop and propose ways and means to overcome these threats.

But first, let’s summarize and outline these threats and challenges:

As a result of these and other listed threats, the loss of independence, sovereignty of the Republic of Armenia and the destruction of the Armenian state may occur.

In response to the threats, we proposed to undertake a comprehensive self-defense program for the Armenian people and Armenia, one of the main steps of which would be the adoption of a permanent, armed, positive policy of neutrality for the Republic of Armenia. However, a decision on this has already been made, which allows organizing self-defense of the Armenians of the Middle East at a very high level.

Summing up, we note that in all cases, for Armenians living in this region have nowhere to retreat except their Homeland — Western Armenia and Cilician Armenia.

Or otherwise — if the Armenians of this region will have to deport again and have to form “migration caravans” again, then these “caravans” will have no choice to go but to Western Armenia and Cilician Armenia, which is their right and which, incidentally, should be obliged to protect by international community to atone for their great sin of inaction in the disaster committed 90 years ago. Armenians living in the region have the right to do this (on their lands), because they are in such a situation as a result of Genocide and deportation.

It is worth noting once again that without a comprehensive settlement of the Armenian and Kurdish issues, it is impossible to establish a long and lasting peace in the region and to expect real development and progress.

Public initiative «The Testament of Ararat» («Ուխտ Արարատի»), of the freedom fighters and former political prisoners of the Armenian secret Army for the liberation of Armenia

The Armenian people does not have any other place for retreat, except his Homeland …