DECREE On the formation of Self-Defence Forces of Armenians of Western Armenia, with the main aim to protect Armenians and Armenia 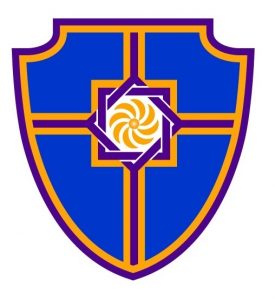 Considering the losses that humanity and the Armenians have suffered in terms of human, spiritual, cultural, material and territorial, during the first and the second World War,

Considering the truth of the fact that humanity is now in deep crisis of psycho cultural, moral, psychological, economical and political, which poses a threat of collision of civilizations, and the outbreak of a third World War,

Considering the International Convention on neutrality at The Hague, October 18, 1907, “Convention (V) respecting the Rights and Duties of Neutral Powers and Persons in Case of War on Land”, as a legal path for the humanity and the Armenians, to avoid intrastate and interreligious conflicts, and antagonisms and wars,

Considering it necessary to emphasize the fact that deserves to be remembered with a particular attention, when on May 24, 1915, the Triple Entente, namely Great Britain, France and Russia, were the first who manifested themselves in a joint declaration against the policy of extermination of the Armenians by the Ottoman government, describing the atrocities committed against Armenians, as; “these new crimes against humanity and civilization”, (1)

Based on the historical fact that the Armenian Cilicia proclaimed its independence on August 4, 1920, but France, bypassing the agreements of October 27, 1915, between the representative of the National Council of Western Armenia Boghos Noubar Pasha and Franзois Georges-Picot (Head of the Eastern Division of the French Ministry of Foreign affairs) on self-determination of Armenian Cilicia, disarmed and abandoned the Armenians of Cilicia, for which reason, the independence of Cilicia did not survive. (2)

This year is the period, when on the basis of international standards, the Ottoman Empire was dismembered, resulting in the creation of independent Arab states,

Also based on the fact that from 1918-1920, the liberation struggle of the Armenian world that is to say the provinces of Nakhitchevan, Zankezour, Artsakh, Djavakhk and the Armenian Republic have been subject of encroachment by the Turkish and Azerbaijanese armed forces,

And the fact that, when the Republic of Armenia was awaiting the acceptance of its request as a state member to the League of Nations in 1920, the Kemalist Turkey was carrying out a new aggression against the Armenian people in Armenia, to make inapplicable the peaceful Treaty of Sиvres, but also the Arbitral Award of the President of the United States of America, Woodrow Wilson, about the demarcation of Turkish and Armenian boundaries, and other historical realities, and the creation of a sovereign Armenian State,

And other historical events, which for decades has prohibited the Armenians’ right to develop autonomously and freely on their own territory as indigenous people,

And finally, according to the UN declaration on the principles and basic international standards, which reaffirm our commitment to the principle of a peaceful settlement of conflicts in order to contribute to regional peace and security, guaranteeing the right of peoples to develop and progress freely,

By this decision the National Council of Western Armenia

which have the ancestral rights, also historical, cultural, civilized, state founder, undeniable, irrevocable, and imprescriptible in accordance with the UN declaration on the “rights of indigenous peoples”, September 13, 2007,

Given the joint statement of the main political forces of the Armenian community in Lebanon as an example of the willingness of the Armenians of Western Armenia who want to live and to grow in peace and safe. During the civil war of 1975-1990, in order to overcome the political crisis inside the country, these forces had taken the decision to apply the “Positive Neutrality of the Armenians of Lebanon”.

Note: In case of translation into other languages, The original text is Armenian

“For about a month, Turkish and Kurdish populations of Armenia proceed in collusion and often with the support of the Ottoman authorities, to the massacres of Armenians. Such massacres took place in mid-April (new style) in Erzurum, Terdjan, Eghine, Akn, Bitlis, Mush, Sassoun, Zeitoun and throughout Cilicia ; The inhabitants of a hundred villages near Van were all murdered, in the city, the Armenian quarter is besieged by Kurds. At the same time, in Constantinople, the Ottoman Government raging against the harmless Armenian population.

In the presence of these new crimes of Turkey against humanity and civilization, the Allied Governments make publicly known to the Sublime Porte that they will hold personally responsible for said crimes all members of the Ottoman government and those of its agents who would be implicated in such massacres”.