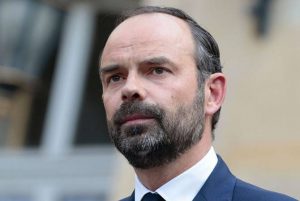 YEREVAN, APRIL 20, ARMENPRESS. Prime Minister of France Edouard Philippe will attend the ceremony dedicated to the victims of the Armenian Genocide in Paris on April 24 which will take place at 18:00 local time near the monument of Komitas, ARMENPRESS reports Nouvelles d`Armenie informs, adding that the ceremony is of historical importance this year, given its official nature. By the decree of French President Emmanuel Macron April 24 has been declared national day of commemoration of the Armenian Genocide.

Initiated by the Coordinating Council of Armenian Organizations in France, commemoration events will be held also in other cities of France, including Lyon and in Marseille.

Edited and translated by Tigran Sirekanyan